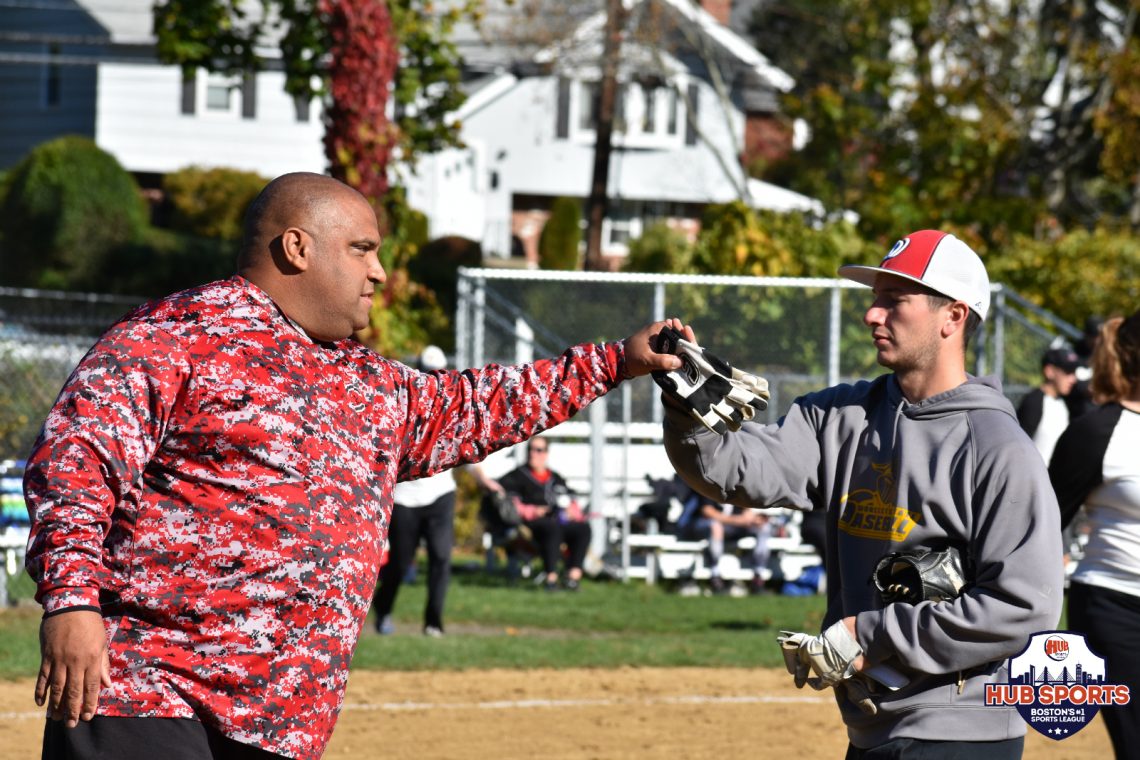 Always a tough team to match up against right here. This team is comprised of guys that play together in the Easton town league during the season and this has been their cap off to the season the last couple years. They come prepared to play and can put up crooked numbers in a hurry.

With a team name as such, it’s clear this team likes to have some fun. Danny is more than familiar with HUB leagues as he has probably played on a few dozen over the last 8+ years. This guy likes to win too so depending on what squad he brings to the field this could be a sleeper team to advance.

Hailing from the NH border up in Haverhill this squad is coming down to Dedham with one thing in mind, knock off the traditional tourney champs. Someone once said, “speed kills” well these guys will show you that pretty quick starting first thing on Saturday. If this GND squad is a core mix of the Dome Assassins team then we’re pretty confident we’ll see this team playing when the lights come on Saturday night.

Here we have a mix of the Mudcats and Money Shots team that play in our regular HUB leagues. Mixed success over the years but the Mudcats are rallying off a Silver division title back in the summer. They’re comprised of guys that used to play ball at Salve Regina University and UMASS Boston. Let’s see if the baseball skills translate to the softball field.

The Grandfather of softball brings his group of guys to the field for some fun, and we mean no disrespect. Paul has played in more games than some of these youngsters out there have even watched, and he’s still got it. He’s a crafty veteran whom we’ll be sure to see twirling the ball on the rubber come Saturday.

Don’t know too much about this crew other than they hail from Pilgrim territory, the lands where the old mighty Mayflower was once docked. Let’s see if these South Shore guys know how to ball with the big boys in Boston. The odds are significantly stacked against them so let’s see what they got.

Rich and his crew bring a lot of spunk to the field that’s for sure. A feisty group of guys that have been known to advance out of pool play more often than not. It’s key for them to play near flawless and avoid giving up and big innings, if they do that their bats are enough to keep them in almost all games.

Mr. Manning and his crew come into this 9th Annual tournament with a couple of championship titles under their belt. They’re no strangers to success that’s for sure. However, they’ve been on the other end of some lopsided victories over the course of the last few years. Will John have all hands on deck for the year-end Finale?

Competing for the first time in the Fall Finale we have this squad from the North Shore. Now we hear they can play some ball up there so let’s see what these guys have to bring to the table. Surely they’re excited to change up the landscape a bit and compete against some of the best of the best that Boston has to offer.

Here’s a head-scratcher, these guys list themselves as an advanced skill level but with a team description of…”Most of us will are probably going out buying gloves and cleats the night before this game.” The sarcasm has likely been laid on quite thick here but we’ll wait to see these guys on Saturday to size them up, no record of them playing with us before.

In their first official men’s tournament together this group of nice guys will put their good manners and positive attitudes to the side and focus on one thing and one thing only, WIN. Paul and his group of guys frequently play in our Cambridge weeknight leagues where they have relished in much success, the tournament success has eluded them so far but not for much longer.

Here’s a quick breakdown on this squad according to Dante: “Played in the Braintree League this summer, went .500. Played in a few HUB tourneys over the past year. Did OK. Not built to win it, but hopefully grab a win or two.” Well, that’s a modest way to look at things. This squad will have fingers crossed today for a lucky pool play drawing.