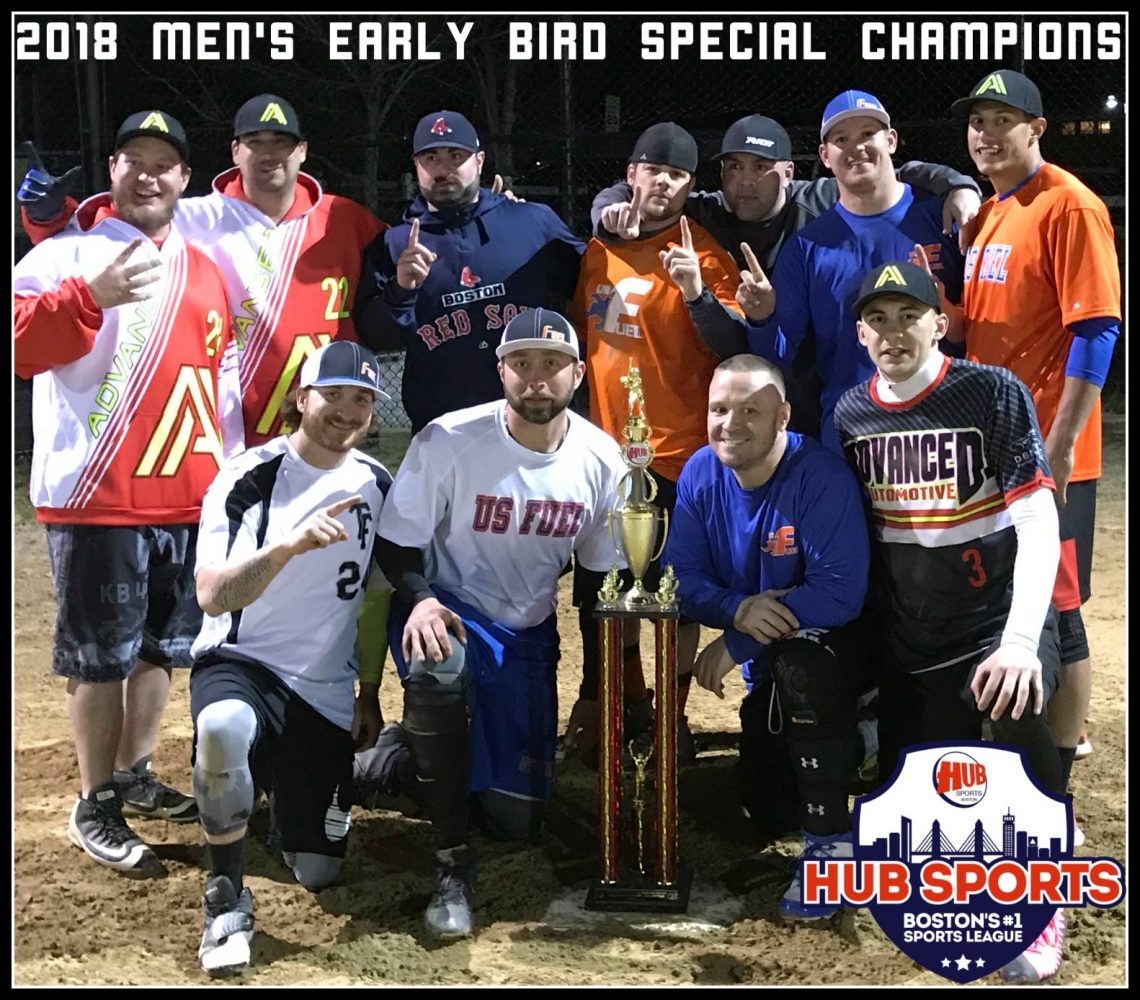 Eric has played plenty of HUB ball and his team appears to be a mix and match of familiar faces. So, they likely know what they’re up against on Sunday. They certainly have some tough matchups in store for them, can they come up with some clutch hits to advance? We shall see.

The squad formerly known as the Bulldogs have been staying pretty fresh this winter. Alex has been quite a familiar face at the HUB indoor tourneys, so him and the team don’t have a lot of rust to knock off. Watch out for them to come out of the gate hot, they’ll need to stay hot all day to be one of the lucky teams to advance.

Watch out for this squad right here. Ronen, like Alex, has been quite the regular at Union Point for the indoor tourneys. In fact, he’s entered 6 different teams and been crowned champion twice. Ronen brings the passion to the field unmatched by most. This guy loves softball, you’ll likely see him on the field 6 days a week once the outdoor season is fully underway. Does passion equal success? Sometimes yes but it’ll take a little skill thrown in there too.

If you don’t know Ivan by now you probably haven’t played much softball in Boston. Often times you may hear him before you see him. The infamous grunt is just unmistakable. All that aside can these guys sack up and finally win a HUB tourney title?! They’re always in the running to advance but they’ve been some crooked innings end up costing them in the end. Only time will tell on Sunday.

We typically see this squad for a couple HUB tourneys every year. Their success has been a bit of a mixed bag but they have the talent there to advance out of pool play. They’re coming off some recent success in the Holiday Classic indoor tournament where they ended up losing in extra innings of the championship game. They’ll be a favorite for the WC in our eyes.

The man, the myth, the legend – Kris Monson. He’s a staple in the Boston softball world. In fact, he’s coming off a double MLB season last year….roughly 350 games, yikes! He’s a hell of a gamer that’s for sure. Is his team the 2nd coming of the 2018 Red Sox? No. But these guys sure have some heart and they sure do have some fun out there too. It’s all for the love of the game!

Hailing from Maine these guys have the furthest drive of the morning to get into softball mode. It’ll be about a 3-hour commute for this squad so you better believe they’ll mean business on Sunday. We have not seen this team play with us yet in a tourney, so their skill is a little TBD, let’s see what they’re made of.

Anthony and his team are another team that is no stranger to HUB softball. They were all over the fields last year, and this year they’ll be in the Thursdays on the Common league for the spring. Looks like they’re using this tourney as a little warm-up for the season. They might be a sleeper team to advance but the odds are certainly stacked against them.

Karsten and his Rozzie Hoods crew have certainly caught the softball fever. We sure saw a lot of them in outdoor ball last year and expect more of the same from this group of gamers. They’ve struggled a bit in tournament ball but they have the experience and innings under their belt to make a little bit of noise on Sunday. Possible wild card sleeper?

These guys are coming in as a sure-fire tournament favorite. They have a few HUB tourney championships under their belt and they’re looking to add to that total to start the season off. They have the power, they have the pitching and they have the D to compete with any and all teams in the area. We’ll look for them to be in the semis come Sunday afternoon.

Here we have another tournament powerhouse. These guys won the tourney last year and they’re coming in with a free bid this year. With no money on the line will they bring all of the A squad to repeat this bad boy? We expect them to have the big guns there but let’s not give them the title yet, there are plenty of teams hungry to knock them off.

Dante and the guys are yet another team that loves them some HUB softball. These guys go by Wild Card for league play but they’ve evolved into the Wild Turkeys for tournaments. We recently saw them in the President’s Day Invitational this winter where they went 2-1 in pool play but got bounced out in the quarterfinals. They could surprise some people on Sunday but they’ll need a little luck thrown in there too to advance.