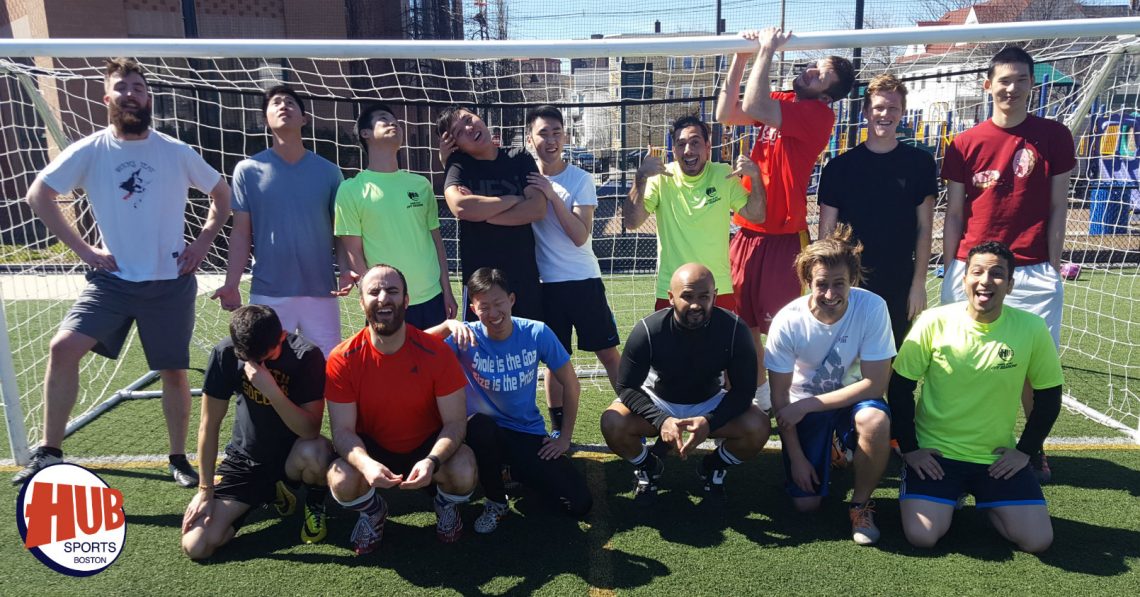 This week we’re focusing on a couple stellar soccer teams that match up tonight in a battle for first place in the Men’s Thursdays in Cambridge Soccer League. FC Rubi lead by captain William Langhauser come into tonight’s match with an unblemished 5-0 record on the regular season. Right behind them in the standings are the Test1 Squad lead by Kawai So, boasting a close 3-1 regular season record. FC Rubi has shown pure dominance in the league netting 30 goals and only letting 4 trickle in. Test1 will have all hands on deck tonight for this showdown, after getting rained out on 9/14 these teams are chomping at the bit to face off. A battle for first is on the line and may the best team win!