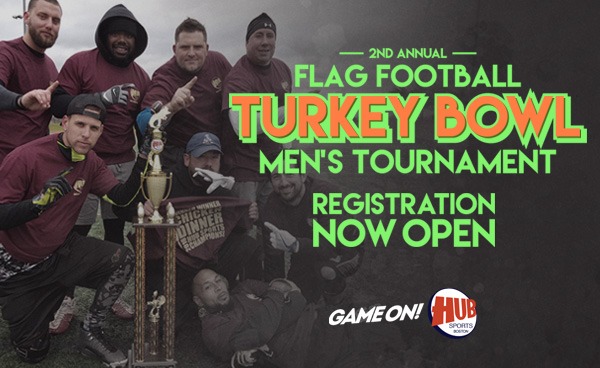 Entering a Hub tournament for their first time this team is a bit of a mystery. They mostly hail from north of Boston and play in a variety of different leagues. We do expect them to make some noise tomorrow that’s for sure.

Chris enters his first tournament with this squad. They just wrapped up their Hub season in Charlestown last night coming up just short in the semifinals. This team is not to be taken lightly though, if they bring all their weapons and are at full strength they are a force to be reckoned with no doubt.

One may chuckle at their team name but you won’t be laughing at how these guys move the ball down the field. We haven’t seen them lace it up on the gridiron in 2017 with us yet but last year the core of this team fell just short in one of our league championships. A true contender for sure.

While their team name may indicate a Tinder fandom, they won’t be doing any swiping come tomorrow. We’re sure these guys will be all business for this tourney. We saw them play in the Beantown Bowl way back on the first week of April. A couple untimely mistakes costs these fellas a shot at a title, they’ll be looking for that redemption tomorrow.

If you consider yourself an advanced team you have faced this team on the field or you’ve at least heard of them. They’re good and they know they’re good. Coming in as the odds on favorite they will have to take care of business every minute they’re out there. After a slip up in the semis last year, they never got their chance at the title. As Ricky Bobby once said “…if you ain’t first you’re last.” Mr. Bailey and the team live their life by this motto, watch out for these guys.

We’ve seen this group of guys many times out on the softball field, but this is their first taste of a Hub Sports flag football tournament. Steve usually enters his flag squad in a few tournaments per year so they’re no strangers to the grind of tourney time. Strong arms on the softball should translate well to the gridiron.

Another one of our familiar softball teams from the Metro North Softball League will look to trade in the batting gloves for receiver gloves tomorrow. These guys have had their fair share of success in softball and we do expect them to be a top contender to win it all tomorrow.

This team played in the Turkey Bowl last year and ended up finishing around the middle of the pack. They will look to bounce back stronger this year after another full season together on the field. If they consistently play their game they should have a good finish when the cards fall in place tomorrow.