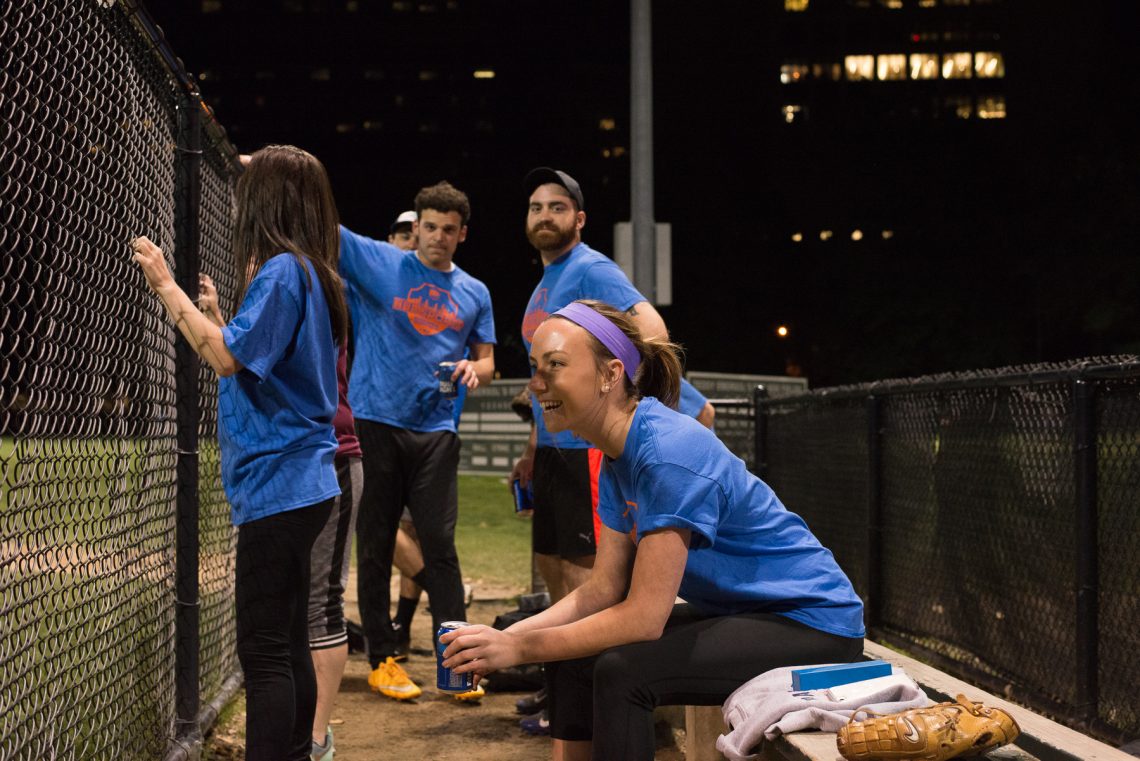 Some of the toughest coed teams in all of Hub Softball will face off tonight in the semifinals of the Coed Weeknight Standard Harvard Stadium League East Division. Sitting on top of the East Division is the perennial powerhouse none other than No Mercy. They come into action tonight with a 9-1 regular season record, their only defeat came way back on 10/2. Facing No Mercy will be the also long-standing team known as Flyin’ Platypi. Josh Friedman and his crew have played dozens of seasons with us and they are no strangers to pulling off an upset or two in their days. Entering this game at 2-8 they have a tall task ahead of them facing Eric Gaalaas and his squad. In the other semifinal of the East Division we have the New England Greys (5-5) led by Chris Perry, facing off against the 36ers (7-3) captained by Jeff Owens. They 36ers were the only team to best No Mercy in the regular season so they know they can beat anyone in this division. However, the Greys also upended the 36ers by a score of 20-1 back on the first week of the season. There’s one thing for sure, all four of these teams will be looking forward to hitting the diamond tonight for their last night of outdoor softball this season. The winners of both semifinal games will play for the championship at 9:15 tonight at Barry Field in Charlestown. The action kicks off the Greys vs 36ers at 6:45 PM. Good luck to everyone tonight!