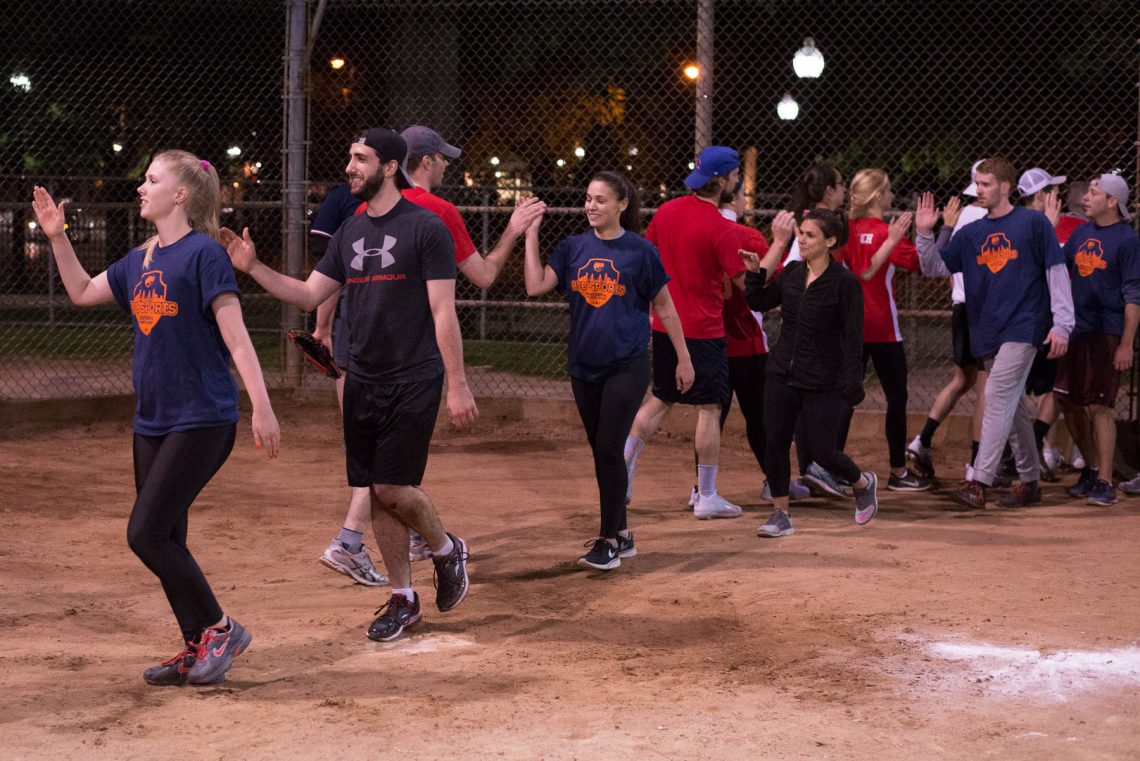 In the newest edition of the Playoffs Preview we turn our attention to the Tuesdays in Dedham Softball League. The championship for this league is tonight and will feature teams: Brew Crew and Going Ballistic. The Brew Crew team has played together as a core for a good two years now so you can certainly say they’re familiar with one another. On the opposite end of the spectrum is the Going Ballistic team which is comprised of all individuals that signed up independently to play. It’s no secret that indy teams sometimes have a hard time building the team chemistry and comradery needed to be successful on the field in only one season. However, the difference here has to be the team captain, the one and only Hub Sports Commissioner, Chris Parente. With all the success Chris has had on the field it clearly rubs off on all the other players, right? Oh wait, Chris is already 0-2 in championships this Fall season and a whopping 0-6 in 2017. I guess no one can claim an unfair advantage playing against the commissioner that’s for sure. Will this be the league that Chris can finally coach his team to a championship victory? Or will Chris get skunked in 2017? Captains Diane Whittaker and Zac Beeley of Brew Crew are confident they will capture their first league title of the year after coming up just short in the Spring and Summer seasons. They’ve sat at the top of the division all regular season and will not relinquish their spot without one hell of a fight. It’s really anyone’s game when it comes down to it. The action kicks off at 8 PM tonight on Condon Field in Dedham, good luck to both teams!