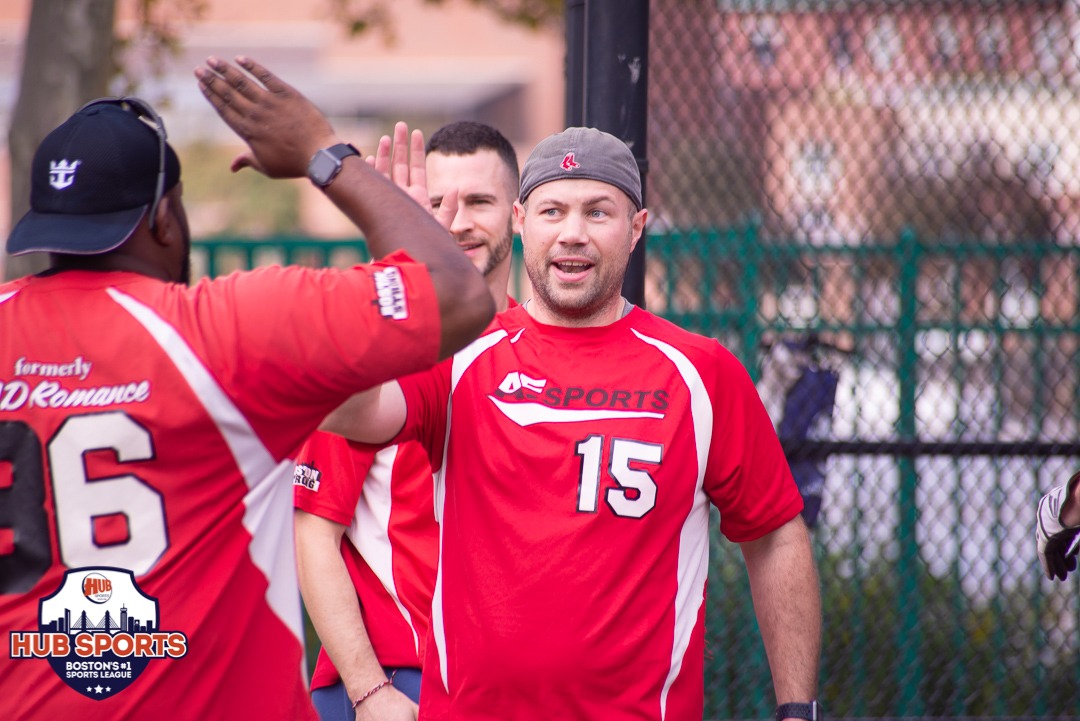 Formerly known as the Boston Pirates, a core of the guys on the Irish are continuing the legacy. The Pirates were our champions in 2015 but have since taken a bit of a hiatus from the tourney scene. Those familiar faces will be back on the diamond come game time tomorrow, do they still have what it takes?

From captain Nick Bouras: “ Halloween is around the corner and the Ghosts are out to play! Defense is solid and the bats are swinging. Don’t be scared by the yelling, and don’t try to yell back…most of the team can’t hear you anyway! Atomic hands will be flying just as far as the balls they hit. Be ready for the challenge that Mill City Ghosts bring, because they’re looking to bank their first championship.

From captain Kelly Conlin: Casey and Kelly met playing in Dedham with Parente last fall and have played on over 5 teams together this year. If you haven’t seen their SS to 2B defensive outs you’re missing out. The duo picked up Ian in Dedham this spring who is best known for epic comebacks including an impressive walk off homer to get a W when his team came back from a 17 run deficit. Casey coached his Cambridge squad to a HUB trophy and Kelly was part of an Ebersol champs team. The three played in Watertown together coached by Kelly and they definitely got the sponsor bar perfect attendance trophy. This team is the best of the best from all of their spring and summer squads.

This crew is a staple in the HUB weeknight standard softball league. Over the last 6-7 years they have amassed an impressive 11 yes 11 league championships. Now if we do the math that doesn’t mean a clean sweep every single season, they have had their slip ups. Coming in as another one of the odds on favorites they will have to put all the pieces together to make it to the ship on Saturday night.

This team will be trying their luck for the first time in a HUB tourney. Now don’t let that fool you, they aren’t a bunch of rookies. They often participate in tournaments so the experience is there. The roster shows a mix of young and shall we say more seasoned players. They’ll be making one of the further drives to get to the fields on Saturday coming from Bridgewater, and they aren’t making the drive just to get some swings in.

This team is an absolute buzz saw in the Weeknights in JP League. In fact, they’ve racked up the last 4 league championships in JP. There’s something to be said about a team that dominates that much in league play. They have it all figured out when it comes to this league. Believe it or not things get a lot more intense in tournament ball. Do they have the consistency to run the table in pool play? Do not take this team lightly.

This team is also another rookie to the HUB tournament scene. They hail mostly from the South Shore and play in a variety of different leagues together. They’re joining forces tomorrow to see what if they can pull off some upsets and turn some heads. They will have to put up a lot of runs on the board in addition to making little to no mistakes if they have hopes of advancing on. They’ll certainly have their work cut out for them tomorrow, let’s see if they have what it takes.

Paul is quite the gamer and he brings a new team into Saturday with one goal in mind, get that first tournament W! We count Paul on 12 rosters over the last 2 calendar years, that’s a lot of softball. He plays most of his ball in Cambridge but his team draws from all over Greater Boston. We’re ready to see these guys pick up a win, but surely no one else is interested in helping them towards that! We’ll see how it all shakes up on Saturday!