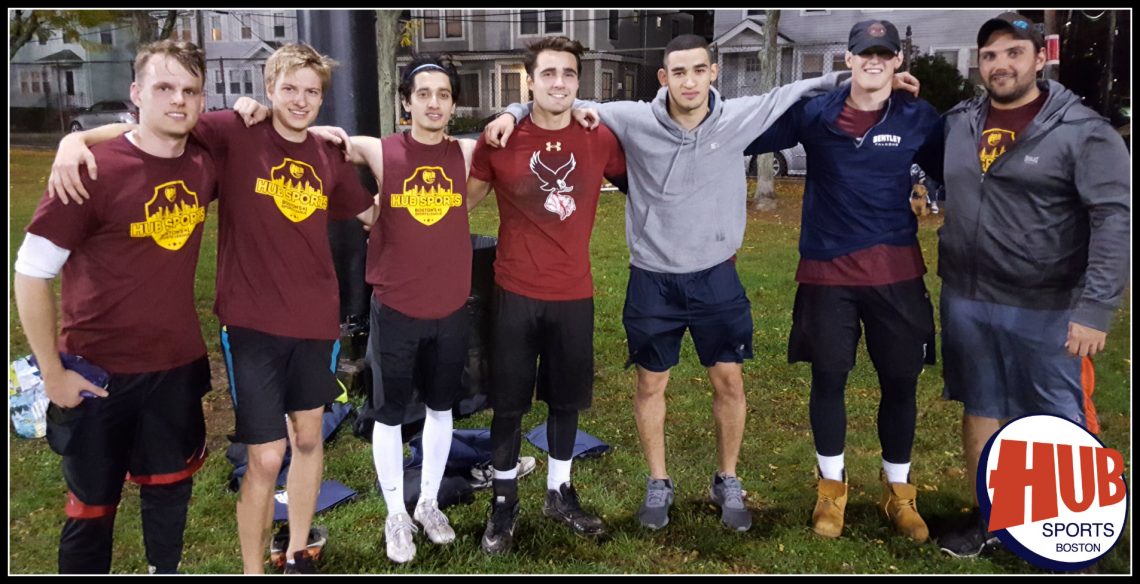 This week in our Team Spotlight we feature the “Gridiron Gang” team in the Mondays in Brighton Flag Football League. These guys all signed up to play as individuals and were placed on the same team with each other at the beginning of the season. Indy teams can often be hard to mesh together and form the comradery needed to be successful. After a rocky start the team really hit their stride and became a force to be reckoned with. Heading into the playoffs they were 1-5 and had to face the #1 Low Down & Dirty team. This was no small feat they were up against, but they played a near flawless game and pulled off a big upset winning 48-26. Last night they came up just short of a league championship falling 31-14 to the champions – Crabcakes and Football. It’s not often we see this type of success from an indy team, we’re proud of this group of guys and they should be too!

Every week Hub Sports will feature a team from one of our many different sports leagues throughout Greater Boston. It’s our way of saying thanks to you for being such great team players within our organization on and off the field! We would love to feature your team in our next “Team Spotlight”, to be included just shoot us over an email with a brief summary on the team and a quick snap shot. You’re that close to being famous and a true #HubAllStar