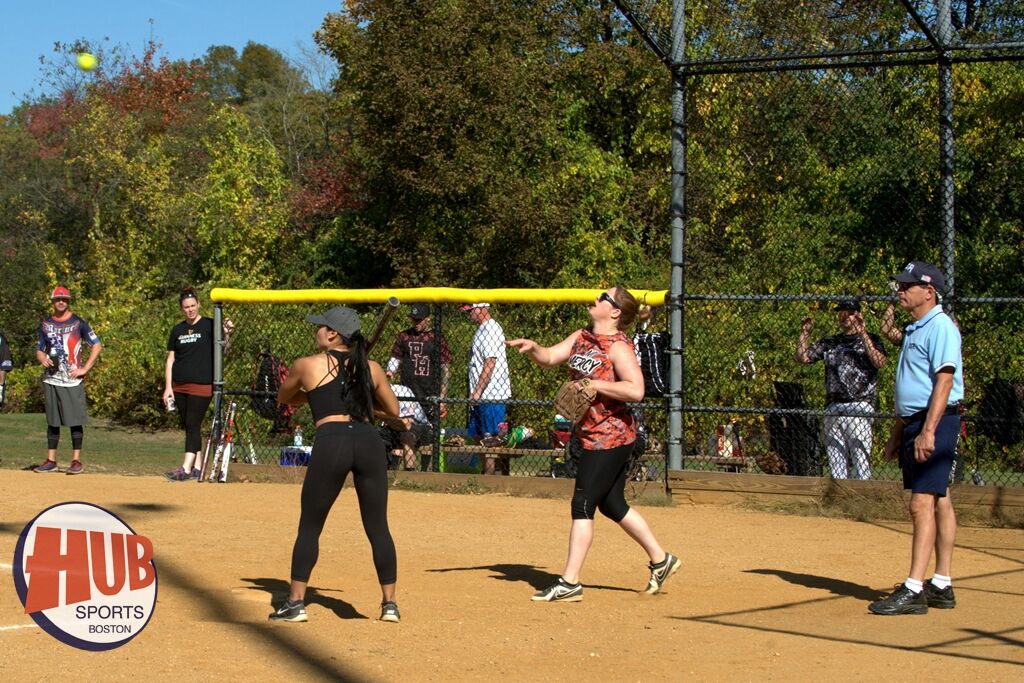 Before we get underway in the brand-new Thursday Night Arena Softball League we’re going to do a pre-season ranking of all six teams playing in the league. They’re all more than ready to hit the field this Thursday to get the season underway but first we pause to take a little more in depth look at the season outlook.

We have yet to see Carlo and his team in a Hub Sports league in 2017, they just could not resist on returning to play some indoor ball again this winter. One thing is for sure, expect this team to be in the upper half of the division this winter. Now keep in mind indoor softball is such a different game and the heavy hitters will make a much smaller impact when you take the game indoors. If this team brings their speed and defense they should be a tough task to handle.

Shawn and his long-standing Dented Bats team have certainly had their fair share of success in 2017 for outdoor softball. Now that we go indoors, will this be the season they can claim the title for arena ball? This team is consistently confident in their ability to win close games by doing the little things. Shawn will look to put a different game plan together to handle the fast-paced indoor game, nothing he can’t handle. With all their success outdoors this year we are anticipating some epic battles at Route One this season that’s for sure.

Mr. Perry and his long-established team are also no strangers to indoor softball. This will be their 2nd league this season with us, as they’re also playing in the Sunday Framingham League. Much like the Dented Bats team, this Grays team racked up a couple championships in the outdoor season as well. Their experience and talent mixes well in a game where some of the little things are really magnified. We’re ranking this team in the middle of the pack but they could easily end the year with an unblemished record if they play their game.

Entering their first inaugural season of indoor softball Jeremy and his team will have a tall task in front of them. We have seen a combination of this team on the field in outdoor softball this year, playing in mostly the JP and Metro North Leagues. As we know, there is a certain skill set you must have to be successful in indoor softball. With so much talent and experience on this team they should fair well but it might take a game or two to mesh as a unit. They certainly have a good mix of talent listed on the roster so far, but you play the games for a reason!

It’s been said many times – the man lives, eats, and breaths the game of softball, the man you all love and know so well, none other than Kris Monson. Kris will show you proof he has played in over 300 softball games this season, I’m exhausted just thinking about it. After a double dose of a full MLB season Kris still has the drive and desire to make some waves in the indoor game. Joining Kris on the squad are a bunch of familiar faces that adore the game close to as much as he does, I don’t know if we can say anyone loves the game more than Kris. If they can find a way to harness that experience and keep the errors down they have a good shot at success in the league.

This team is comprised of all individuals that signed up to play and were placed on the same team together, AKA the indy squad. Indy teams are almost always a toss up. You could have a stellar squad or one that leaves a lot to be desired. What makes an indy team successful? Team chemistry, strong leadership, and some overall talent is the perfect combo for success. Most of this team hails from the north and they don’t have too much familiarity to Hub Sports leagues. Therefore, they’re a bit of a mystery as most indy teams are but don’t count them out before the season has started. It’s no secret now that indoor softball is a different game entirely, let’s see if this team can turn some heads make a name for themselves this season.

The season kicks off officially this Thursday 12/14 at Route One SportsPlex in Danvers when all six teams will be in action. This is sure to be some high level indoor softball so it’ll be interesting to see from week to week how the standings will shake up.